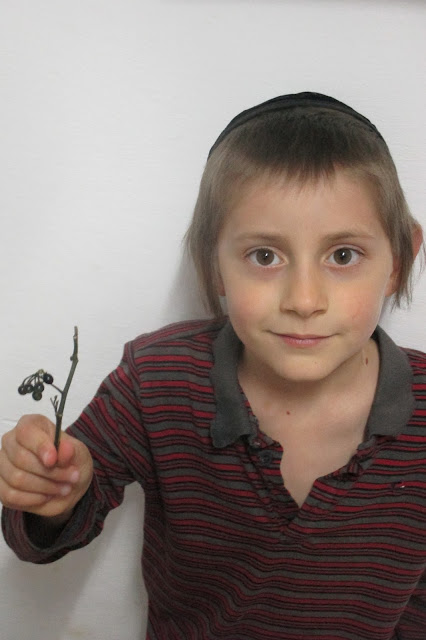 "Mommy, look- black nightshade!" my 6 year old came home from soccer chug with a surprise for me.
He found this plant growing near the soccer field, and he loves black nightshade and was excited to find it.

But he wanted to be safe, so while he was sure what he found was it, he made sure that I first confirmed the identity of this plant to make sure he wasn't eating anything poisonous.

He got it correct!

I was so proud of him- also for identifying it correctly, and also for not gobbling up the berries when he found them since he wasn't 100% sure (since he hasn't seen them since last spring).

Part of me had mixed feelings though- I was really excited he found some, since I've been looking for a ripe specimen to photograph for a blog post and book chapter, and now my son would be able to point me in the right direction... but I don't want him eating it before I can photograph him.

But my overwhelming feeling, though, was pride- proud of him both for knowing how to forage, and how to be safe about it. At 6 years old!

Posted by Foraging Israel at 8:03 AM